The Art of Getting Screwed: NYC Apartment Hunting

Sayonara, summer ’21. Although we don’t technically kiss summer goodbye until September 22, the temperatures are dropping, school is back in session, and pool days are beginning to dwindle. If you’re already drinking PSLs, donning scarves and boots, and have your autumn candles ablaze, this list may not be for you. For those of us who aren’t quite ready to say goodbye to sunshine and bikinis, here are five must-watch summer movies to watch before the season changes.

Need we say more? The iconic Lindsay Lohan film stayed on repeat for us 90’s babies, and after a rewatch still proves its place as a classic. Summer camp shenanigans, rolling California vineyards, not-so-glamorous camping, and loads of nostalgia make this a perfect film to start your summer binge with. Go ahead and get your Oreos and peanut butter ready and open your Disney+. Thank us later. 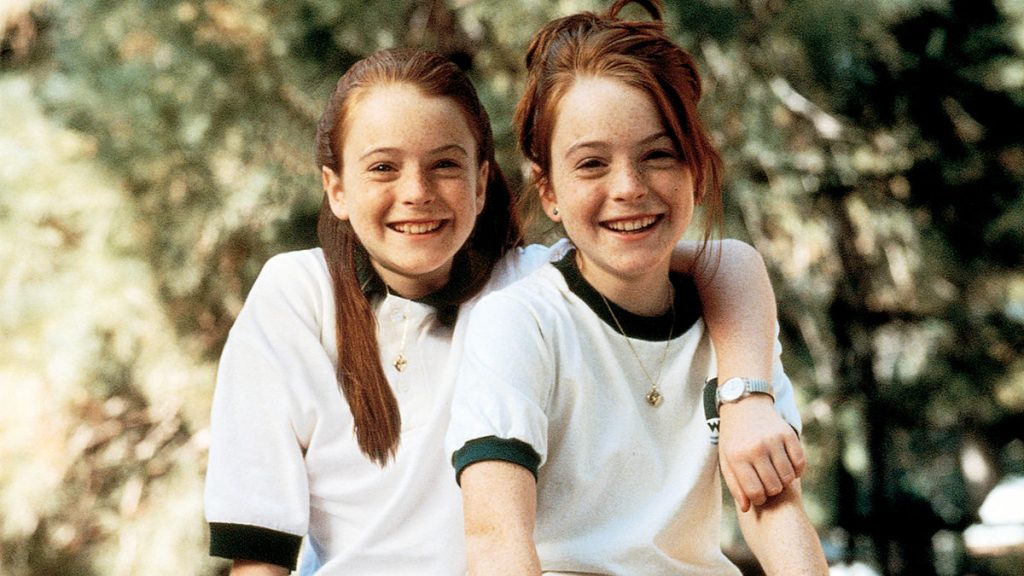 Aloha, friends. Our next stop on our binge list is none other than the Adam Sandler and Drew Barrymore rom-com that takes summer love to the next level. Shot on location in Hawaii, this film transports you into the heart of summer with gorgeous scenery, a homey diner, a perfectly quirky cast, and a plotline so ridiculous it’s endearing.

Henry Roth (Sandler) is a veterinarian with commitment issues and Lucy (Barrymore) is a local who wakes up each day with no memory of the day before due to a car accident that left her with anterograde amnesia. Despite these obstacles, the two fall in love. If you want laughter and lightheartedness, this ones for you. Stream for free on Peacock TV.

Switching gears from the previous two films on our list, Hot Summer Nights departs from a feel-good vibe but delivers in areas the other two movies on our list can’t; drug dealers, forbidden romance, artistic cinematography, and most importantly, Timothée Chalamet. Set against the backdrop of a coastal northeastern town in the 90s, Hot Summer Nights encapsulates the intensity of a first romance and the compounding consequences of bad decisions. It’s visually stunning, yet dark and chaotic. While it might not necessarily have a satisfying ending, the adventure is worth it. Buckle up, this film is a wild ride from start to finish. You can find this film on Hulu.

If you haven’t watched Stand by Me, your parents certainly have. The title alone spurs the tune of Ben E. King’s song of the same name that serves as the song’s theme song. Adapted from a Stephen King story, this 1986 film tells us the tale of four adolescent boys that take their pivotal coming-of-age adventure.

When a body of a fellow young boy is found outside of town, best friends Gordie, Chris, Teddy, and Vern venture out to find it. Along the way they get into danger and bond over the different struggles and trauma they deal with at their respective homes. River Phoenix shines in one of the only films of his tragically short-lived career. You will feel all the feels, laugh, cry, and reflect back on your own 12-year-old adventures with fondness. Rent this on Amazon Prime, and call your parents while you’re at it. Maybe they can tell you stories of their own.

3 Movies Where Nothing Happens

Sun-drenched Italian countryside, meandering bike rides across dirt roads, plenty of romantic tension, and not to mention the infamous peach. Another appearance by Timothée, this indie hit launched the actor’s career, and for good reason. This film beautifully captures the ache of longing in a way that lingers long after the credits roll. With brilliantly subtle performances and a minimal script, this film allows the actors to completely immerse you in the world from their body language alone.

It beings with Elio (Chalamet) meeting his father’s grad student Oliver (Armie Hammer), who is staying with his family for the summer of 1983 “somewhere in Northern Italy” (as the opening sequence informs us). We seem to watch in real-time Elio’s initial crush burgeon; his subtle glances across the room, the sleepless nights lying awake, the scribbled diary he keeps on his desk, the performative acts he does to impress the older Oliver. Stream this film on Hulu.

(PS, Stay away from peaches as your movie-watching snack.)

Alexandria Taylor is a 23-year-old recent college graduate and writer currently residing in Atlanta, Georgia. At fifteen, she was scouted to co-write a post-apocalyptic young-adult book series with award-winning writer RJ Patterson. The first installment, Breathe, was published in 2017, and its sequel, Echo, is set to be released next year. Since graduating with her Film and Media degree, she has been pursuing screenwriting. She has a teleplay, screenplay, spec script, and three publications under her belt. In her free time, she enjoys cooking, reading, writing, watching films, and exploring the city with her puppy.

The Art of Getting Screwed: NYC Apartment Hunting

3 Movies Where Nothing Happens